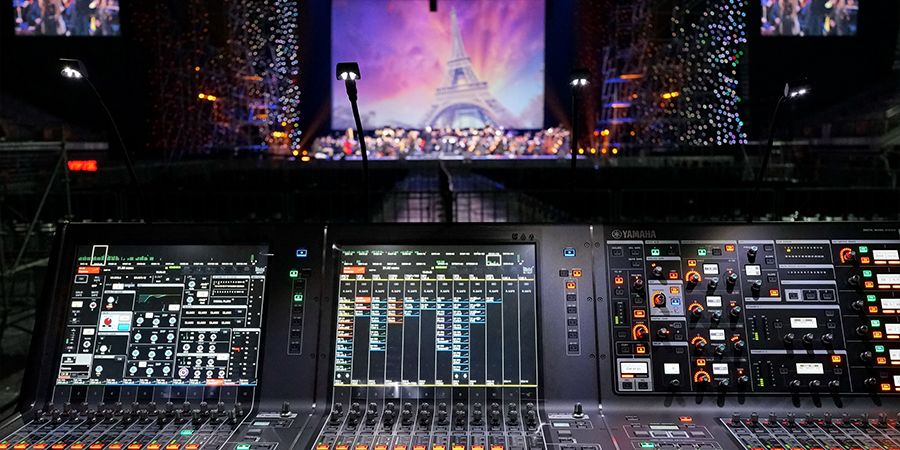 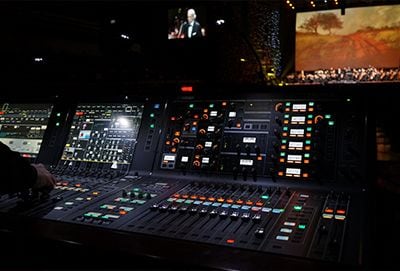 The José Carreras farewell tour arrived in Nanjing for a concert at the Nanjing Olympic Sports Centre on January 3, 2017. The Jiangsu Center for the Performing Arts hosted the concert, deploying their brand new Yamaha RIVAGE PM10 Digital Mixing System for the first time. The resultant sound was widely praised by the audience and tour personnel.

FOH engineer David Barbagli traveled from Italy with José Carreras, Spanish conductor David Giménez, and guest soprano Sabina Puertolas. David Barbagli has worked extensively with Italian tenor Andrea Bocelli and is familiar with a wide range of digital mixing systems. Although this was the first time he would actually be using the RIVAGE PM10, he had followed its development closely and was well informed about its capabilities. Mr. Barbagli added that he was honored to be the first engineer to operate a RIVAGE PM10 system at an actual concert in China.

David Barbagli was still excited after the concert was over and a proven success. Operating the RIVAGE PM10 had been an eye-opening experience. Although it was his first time at the RIVAGE PM10 controls, his familiarity with other Yamaha digital mixers such as the PM5D and CL series, plus a little help from the on-site technicians, ensured that he was able to operate the system with confidence in short order. The pure, detailed, analog-like sound of the RIVAGE PM10 left a lasting impression too.

SILK processing by Rupert Neve is built into the system, and when applied to the channel assigned to Mr. Carreras the enhancement was clearly noticeable. The full richness and resonance of the famed tenor’s voice was delivered to an appreciative audience without compromise. 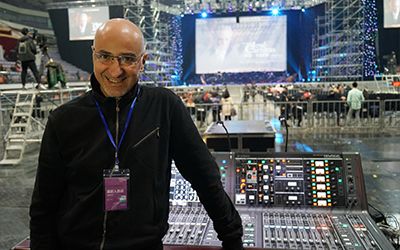 Mr. Barbagli was assisted throughout the event by Zaikun Xu, a sound engineer with the Jiangsu Centre for the Performing Arts. Mr. Xu was also impressed by the system’s performance, and applauded the Jiangsu Centre’s choice of the RIVAGE PM10 for their mobile sound system. After many years of experience with digital mixing systems, Mr. Xu is thoroughly convinced that Yamaha is the best choice for stability and usability.

Qingyun Wen, an engineer with Yamaha’s local distributor Shanghai Broad Future Electro Technology Co. Ltd., was responsible for setting up and tuning the system. He was more than pleased with the efficient, simple connectivity provided by the RIVAGE PM10 system. A multi-mode fiber ring provides plug-and-play connectivity between the interfaces and DSP engine via TWINLANe, easily overcoming a number of problems often encountered when setting up other audio transmission systems. In addition to solid functionality, the system is easy to set up and reliable. All of this is great news for the on-site engineers.

For Yamaha Music & Electronics (China) Co., Ltd., the debut of the RIVAGE PM10 in China was a landmark event. Mr. Hao Chen, chief of technical planning for the operations department, was on site to provide overall direction and support. This event marked an exciting and promising start for the RIVAGE PM10 in China. Mr. Chen believes that through events like these and the beauty of the RIVAGE PM10, more and more people will come to appreciate Yamaha’s commitment to their “Sharing Passion & Performance” motto.