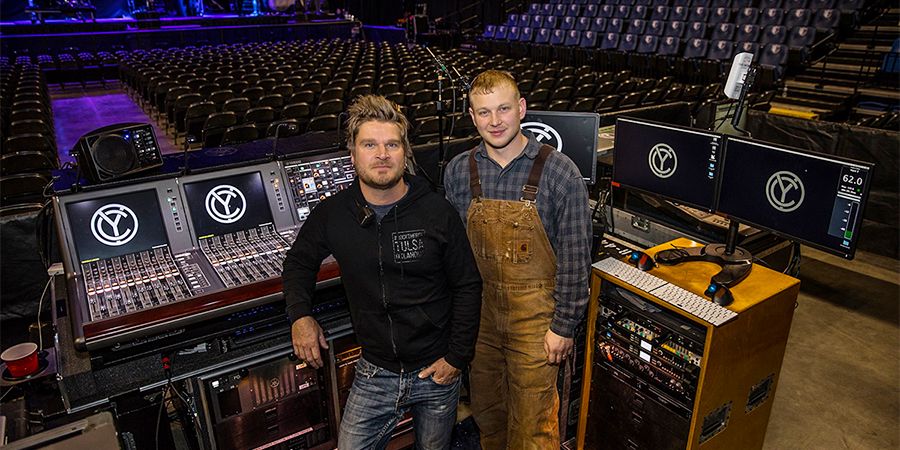 Regarding the PM10, monitor engineer Travis Briles said one of the deciding factors with taking the consoles out on the tour was, “first and foremost, sound quality. The PM10 sounded incredible right out of the gate before we ever started adding much EQ or compression. The preamps sounded nice and full and the SILK feature made them sound even better.”

Briles said both engineers are very familiar with Yamaha consoles. “The PM10 is extremely intuitive and user friendly without sacrificing functionality. Everything is available on a hardware knob that greatly lends itself to the styles that we use to mix. Having the Yamaha Comp 260 built into every channel means your onboard dynamics section sound great. With that being said, the plug-in assortment available is amazing. The different Rupert Neve Designs emulations are spot on. I for one love the Neve 773 EQ and the Neve 754 Compressor having both on the outputs of all of my mixes. I'm hardly doing any compression or EQ with them; however, just inserting them into the change adds a warmth and edge to the mix that I find desirable. I have also found the Portico 5043 to be a fast favorite of mine.”

Briles said that one of Lewis’ favorite features is the Tape Saturation that he uses on his main left and right output. “It gives the mix the feeling of a record in that it ties everything together,” says Briles. “Gary is also using the Buss Comp 369 on all of his buss groups. It's a great comp to control dynamics without feeling like there is a compressor on the outputs. It does a great job of smoothing over the dynamic range of an input.”

Both engineers are extensively using SILK. “This is our favorite feature of the desk,” notes Briles. “Out front, Gary isn't using any equalization on the drums. It’s all done through mic placement, mic selection, gain staging, and SILK. In both the monitor world and at front of house, SILK is on almost every channel. Some have the Red texture, accentuating the higher harmonics, and some have the Blue texture, accentuating the lower harmonics. It's amazing how simply enabling SILK on a channel not only changes the tonality, but it gives each input dimension front to back in the mix. All in all, to us, the SILK function coupled with the quality of the preamp, are the heart and soul of the PM10. When you add the plug-ins, the quality of the onboard EQ and compression, sonically this console is a powerhouse.”

Young has six band members on stage with him and both engineers are running the dual consoles and RPio racks on one TWINLANe (Yamaha original digital audio network protocol) loop. “This gives us the ability to share any inputs we have on the desk,” adds Briles. “However, we run all of our inputs through a splitter and hit the two different RPio racks independently. For the most part, I control one rack in monitor world and Gary controls the other rack from front of house. There are some channels that I am pulling off of Gary's rack and some that he is pulling off mine; thus making it necessary to run everything in one loop. We are running 50 inputs each with some miscellaneous, local inputs as well.”

Both Briles and Lewis were provided demos of the PM10 last fall at Sound Image in Escondido, setting up the PM10 next to some of their other console considerations for this tour. They were able to run some tracks from one of Young’s shows through the desk to get an idea of how it would sound with their inputs. “After a mere 15 minutes on the desk with our tracks, Gary and I were both in agreement on what console we would be carrying in 2018,” Briles said. “The PM10 fit what we were going for; it sounded great and it was easy to mix on.” 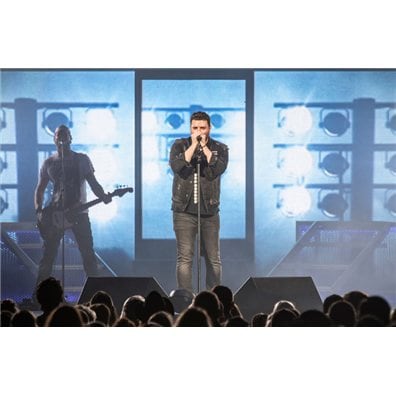 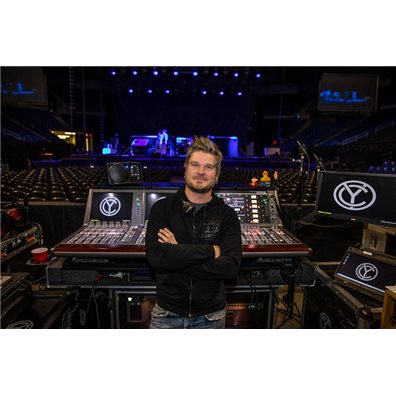 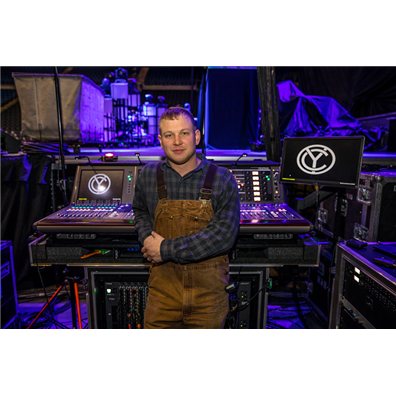