Our Artist Insights series aims to give you fresh ideas and approaches to help you reach your musical potential. Bringing you closer to our artists, this series gives you access to tips, tricks and experiences from professional musicians around the world and is a resource that you can always come back to.

Whatever Happened to "Style"?

I was at the YAMAHA Live! Big Band event in London, at the Bloomsbury Ballroom the other day. Louis Dowdeswell was leading the band and ,wow!! What an amazing player he is! Playing screamer trumpet a la Maynard Ferguson with such a fat sound and amazing intonation in the stratospheric range. I have had the pleasure of playing with many great trumpet players over the years but Louis takes the biscuit. But that’s not what this is about. 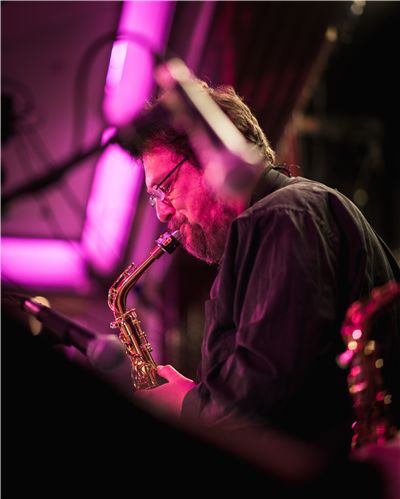 I was thrilled to see a dear chum of mine, Dave Bishop, playing tenor sax. When I was 11 years old I met Bish at a NYJO rehearsal. He was already a startling bebop player, his hero being the roaring Tubby Hayes, and he had taken the session scene by storm so was just leaving NYJO to continue in that vein. His sound and his time (as well as his reading and woodwinds) were, and are flawless, and I immediately looked up to him as a guiding light of how to play.

Of course there were many others, too many to mention here, but Jamie Talbot, the lead alto of NYJO, was a similar influence. I saw them sit side by side at the first NYJO ( National Youth Jazz Orchestra) rehearsal I went to and I knew they had a special connection between them. They played as one, always, as if they were mentally hooked together. I had been taught to play like Marshall Royal and Jonny Hodges (Basie and Ellington) but had just discovered Charlie Parker and Michael Brecker and these guys understood the new bop/funk language too.

I saw them only a few times during my NYJO years but every time was a memorable occasion that inspired me greatly to become like them. I am very fortunate to have spent so much time with them during my session career. Great friends, both.

So while I was chatting with Bish after this Yamaha spectacular he said some nice things, and remarked on how nice it was to hear me on lead alto, to hear things played accurately, in time, in tune, swinging, and with style, ie: the little swells through the notes, bringing the tuning from underneath sometimes, sometimes putting a little vibrato towards the end of a note. And not by accident either, but with intention, because that is how we learned to play music.

He paid me the highest compliment, that “Uncle Andy would be proud”. Referring to the legendary altoist Andy Mackintosh. I recounted a moment in 1990 to Bish where we were playing with Shirley Bassey. It was my first ‘real’ tour with a superstar, and I couldn’t believe I was sitting next to Bish, with Andy Mac and Geoff Daley on altos and Jay Craig on baritone.

Sitting next to other great players is really the only way to learn about playing. You can listen and watch Youtube forever, but until you’ve felt the wind next to you (or behind you) move, and felt the tonguing and heard the sound of the note coming from a great player beside you, you cannot really comprehend what the difference is.

In the first rehearsal there was a defining moment in my life where I realised that I was playing every note a few milliseconds before Bish and Andy. I stopped in my tracks. I began to listen very intently to the relationship between their time and the where the drums sounded.

We played again, and now I tried to ‘sit back’ on the time in the same way as they did. At the end of the tune I got a ‘Yeah!!’ from Andy. Bish looked at me and smiled. He said ‘See, it’s all a bit later than you think, and you’ve gotta have big nads (balls) to wait that long. HaHa!!!’

And just like that my life changed. I understood time in a different way, felt it in a different way, and never again could I bare to hear players rushing (or dragging!!), or not feeling the groove, the pocket in this way. I learnt more from experiences like this than in any other way, just playing with better players was key.

As I myself then entered the studio session scene I realised that this ‘Time Club’ was the thing that we all had in common as musicians. It’s what makes people able to sight read incredibly hard music with 20 others and it instantly sounds like the finished album. It has to ‘feel’ good, and having a communal sense of time makes that possible. But it doesn’t stop there.

The ability to match your sound with the guys around you is also a key, and if everyone has the same idea of style, the swells and vibratos and little inflections that add so much to the notes, then the overall effect is amplified exponentially. The musicians of my generation, and previous ones, understood this to be a huge part of the overall sound of a band.

Learning these skills soon led to my being a part of the making of much great music. Andy, Bish, Jamie and I were all soloists with our own individual styles and very identifiable sounds, but as a team we played as one.

As a sax section together we played on countless sessions throughout the 90’s and naughties for artists like Robbie Williams, Tom Jones, Bjork, Spice Girls, Ray Charles etc, as well as movie soundtracks and TV jingles. Of course we all did lots of other things too. There was a lot of studio work in those days!

The schooling of the styles of playing has been passed through the generations like a secret recipe. The styles of bands like Glenn Miller and The Geraldo Orchestra to Benny Goodman, from Count Basie, Duke Ellington and Nelson Riddle to Ted Heath have all been passed down through the last 80 years. But it seems that this may become a forgotten art. With each new generation the styles of music have changed dramatically. The days of big bands playing for dancing are well and truly over, and to run a big band in this day and age is a death defying act!

So there is less and less need for a uniform style amongst players these days, and therefore it seems to be a tendency for musicians to play as an individual, in a way that is entirely self satisfactory. A note, however it comes out the horn, seems to be good enough. It also seems that everyone has a different concept, idea, and taste when it comes to music. Of course they always did, but with a shared sense of style.

Of course some of the greatest music ever made is played without vibrato, dynamics, inflections, and great tuning. Great notes and incredible intent can be enough. But I have always thought that it should be a choice, not a default setting, and I am glad to have all these techniques in my armoury and hopefully make a sound that draws the listener in, BEFORE I decide which notes to play. It may not be everyone’s cup of tea but I believe it would be sad if music lost all of the stylist qualities of previous eras, and even sadder if the opportunities in this digital age decline for young musicians to progress by sitting next to better ones, learning by hearing and feeling music first hand in the same way ALL music was passed down for thousands of years.

Ever since he was barely in his teens, Nigel Hitchcock has been amazing audiences with his prodigious technique and improv skills and throughout his career, Nigel has performed with many artists including Tom Jones, Wet Wet Wet, Beverley Craven, Ray Charles, Robbie Williams, and Mark Knopfler. He has released 3 solo albums and today he continues his successful career as a pop and session musician. Nigel is playing YAS-82ZGP, YTS-82ZGP and YSS-82Z 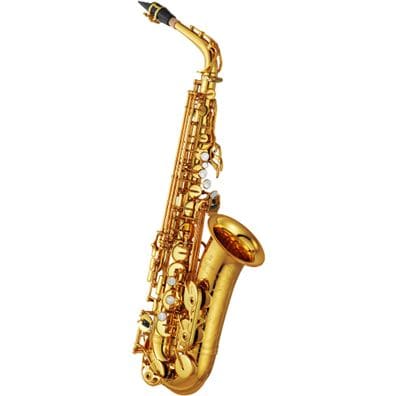 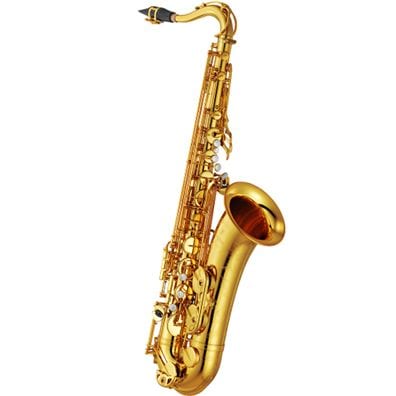