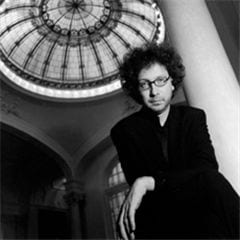 As a performer he has played at a variety of prestigious festivals including Musica in Strasbourg, Ars Musica in Brussels, the Musical Season at the Abbey of Royaumont in France, and the Huddersfield Contemporary Music Festival in the UK.

His work in the studio emphasises his dedication to contemporary music and he has made several recordings with Accroche Note, Bruits Défendus, Jerry Bergonzi, and Lucilin.

Between 1995 and 2000, Guy Frisch taught at the Strasbourg Conservatory and since then has taken the up a position as a professor at the Luxembourg Conservatory of Music as well as leading master classes in Bordeaux (France), Poitiers (France) and Bremen (Germany).

He is a co-founder of the Luxembourgish contemporary music ensemble “United Instruments of Lucilin” of which, he is also the director. To find our more, visit http://www.lucilin.lu.