Laura Carbone - Elusive”, some say. Others even say “Lynchian”. Now you see her, now you don’t. Then there she is again, over there, a blinding light, then gone, returning to the shadows, invisible. Like a firefly you can’t quite catch. Or a panther in the night, sleek, stealthy, pouncing before you ever know it’s there. And always on the move.

Laura Carbone’s acclaimed debut album “Sirens” was released in 2016, followed in 2018 by her haunting 2nd LP “Empty Sea” and tours with "The Jesus & Mary Chain" and NYC's "The Pains Of Being Pure At Heart”.

2019 saw Laura and her band headline her own "Empty Sea" tours in Europe and a 14-date coast-to-coast trek across the US and Canada, hitting hot-spots including The Hi-Hat in Los Angeles, Baby’s All Right in NYC, and the Pop Montreal Festival sharing the prestigious bill with no lesser icons than Laurie Anderson and Nick Cave. And then…gone again. Silence. But Laura Carbone’s silence is always the eye of the hurricane, the calm before the storm. And in the dark, there’s a storm brewing.

Laura Carbone is currently working in Berlin with her band on her 3rd album and other creative output. Keep an eye on the weather. 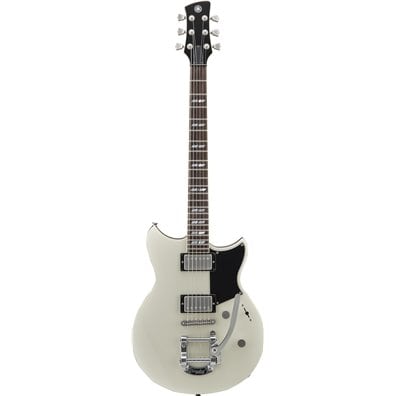 The style, feel, and sound of RS720BX are unmistakably classic, but no detail was left simply to tradition. The custom-voiced pickups, Bigsby vibrato, inlays inspired by our 70s’ “Super Flighter” series, and elegant gloss finish combine timeless inspirations into a modern classic.